A different kind of risk

I've never been much of a risk taker. My father was a military officer, and I grew up believing in following the rules. I've actually done that most of my life, with a few exceptions that I won't go into here.

I've done a fair bit of traveling in the last 15 years. I used to think it was risky to get on an airplane, but I found my fear diminishing as I flew more. My husband Art and I flew to Washington DC on 9/21/01, just a few days after planes were ungrounded after 9/11. It was very, very quiet. Even the subways. Even the monuments. There were no lines. We were careful, but we didn't feel like we were taking risks. It was probably one of the safest times to be in the nation's capital.

In 2005 we went to Vietnam on a journey of reconciliation and healing for Art. We visited numerous places that were quite dangerous 45 years ago: My Lai, the Cu Chi tunnels, Hanoi. But I felt entirely safe. Miserably hot and sweaty, but safe.

Four years ago, in 2013, we went to Kenya. I remember being raised on "darkest Africa", but what I found there was friendly people, beautiful countryside, fabulous animals and some of the finest customer service I've ever experienced. The tented camps were anything but primitive; we felt like honored guests.

In the summer of 2016 I went to Greece, to volunteer in a refugee camp. I returned three times over the next 15 months. For about three months altogether. I spent my days - and many evenings - in what had been an abandoned chemical factory, converted to small rooms housing families, mostly from Afghanistan and mostly Muslim. I walked alone through that camp many times and felt not the slightest fear, whether in daylight or darkness. In that culture, older people are honored. Some of the residents called me Grandmother. With respect.

I got comments from friends on all these trips.

Nope. I wasn't afraid. It didn't feel like I was taking a risk. Like I said, I've never been much of a risk taker.

Then, this week, I had a conversation with my sister Alyx. She commented that my life is very interesting now, that I'm not afraid to take a risk. I said I didn't feel like I was. She said, "You have a risky heart."

I had never heard that before.

"You go these places and connect with people there. You listen to people tell their stories. When you come home you keep in touch with them on Facebook. Sometimes they keep telling you their stories. You talk about your experiences to groups of people."

Then Alyx told me about a friend of hers, a nurse, who'd recently read about the Syrian conflict and the refugee crisis. The friend said it had changed how she looks at life. I said, "Tell your friend I will talk to her about the refugees any time, anywhere."

So I guess I do take risks. But what's the alternative? Fly home on my American passport and remember from a safe distance? Delete the pictures from my phone? Talk about the weather to refugees waiting in hopes of getting asylum somewhere? Pass up opportunities to share my experiences with friends here at home?

The Bag Lady reflects on "Not Greece"

It is 37 degrees this morning here in Tucson. I set the alarm for 7:20 because my handbell choir is playing at today's nondenominational service at the RV resort where we live in the winter. We begin our setup at 8:00 and have a quick rehearsal. By 8:45 I'm home for breakfast, ready to return for the service in an hour.

I am grateful to be able to spend the winter in a sunny place. Chilly mornings are not too common here, and I bought a fleece vest through LLBean last week, so I get to enjoy the bracing air and not shiver.

And, this morning, I am reflecting. 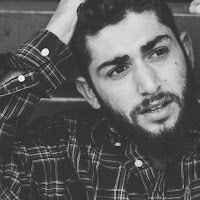 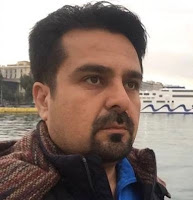 I just read this blog post to my husband Art, who accompanied me on my two monthlong trips. When I finished, I said, "Do you relate to this?"

Actually, I wasn't the first person to have the idea. Several members of my spiritual community acknowledged they wanted, someday, to be "arrested for civil disobedience".

My father was a military officer, and one of the primary values in our family was loyalty and discretion. I went to the University of California at Santa Barbara in the 1960s. I was in Isla Vista the night the Bank of America was burned to the ground as a protest against the Kent State killings. That same night, my father was in Da Nang, Vietnam, and he was paying for my college. I remained on the sidelines of any disobedience, civil or otherwise.

I am outspoken, but I've been compliant in most areas of my life. Civil disobedience witnessed on TV looked a little scary and "leftist" to me, so I stayed on the sidelines again. I was busy, after all, raising my children and working to support my family. And, to be honest, not thinking too much about life outside my Circle of Concern.

Now I am retired. In the last year and a half I've been drawn into the issue of immigration in a personal, on-the-ground way. I traveled to Greece four times to volunteer at a refugee camp. I spent time with the people who lived there and I heard their stories and I realized that, after all, we are all the same, and I wanted to help them. Mostly I listened and solved problems and worked collaboratively with other volunteers, but I have also given several talks and done some fundraising for Do Your Part, the American nonprofit for whom I volunteer.

I live in Tucson in the winter. I've been led to an organization called Keep Tucson Together, which provides a variety of services, including assistance to people who have either sought asylum in the US or who have been in the States for years and are now in danger of being deported. On three Saturdays in the last couple of months I've worked with other volunteers, listening to the stories of our clients, with the goal of preparing their paperwork for a deportation or an asylum hearing.

Last Saturday, after the Keep Tucson Together clinic, the organization leader, Peter, asked me to go with two other people to the US Immigration and Customs Enforcement Center in Eloy, Arizona. A Spanish-speaking volunteer and I will listen to detainees tell their stories and help with paperwork. Peter says the place looks like a prison. Volunteers visit the detention center a couple of times a week, and I will go when I am able.

I am not a "leftist", but I am a believer in social justice. I will be doing my work in an ICE facility. As I see it, I am not breaking the law, but rather helping people comply with it.

However, I now get the civil disobedience thing. And I think being arrested for standing up for one's convictions is a reasonable thing to add to a bucket list.
Posted by Linda Myers at 3:19 PM 8 comments: