The lava we didn't see

We've been on the Big Island for a week now. Our routine has been quite relaxing: we eat, we sun, we read, we take a short walk to a neighborhood Thai place. We have visited this same Waikoloa resort five times before, and on previous visits we've explored most of the island, so we are taking it easy. It's been humid this week - unusually so, I thought - and I heard today from a woman that the trade winds are about to begin, which will reduce the humidity. I remember it's usually been windy here on the slope of the mountain, and I can hear the wind tonight, so we may not sweat as much during the five days we have left here. Even so, we love it here.

One special treat we've had is spending time with Danielle and her husband Phil. Danielle served in the Navy with our daughter Laura, and we'd met her two years ago in Mexico at Laura's wedding. She's since met (online) and married Phil, a modern-day sailor. He's at sea for a month and then home for a month. Danielle moved from Chicago, her hometown, to Hawaii. What a difference! 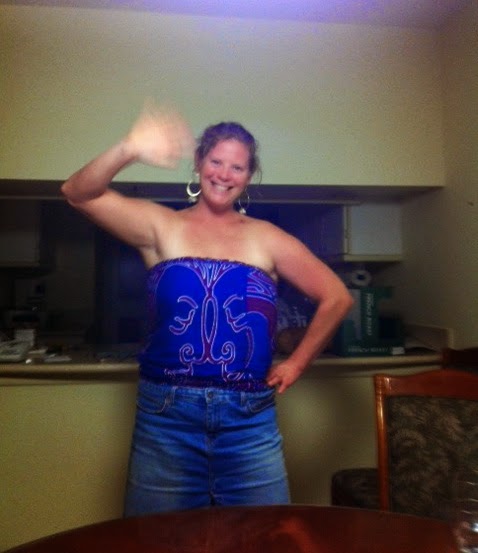 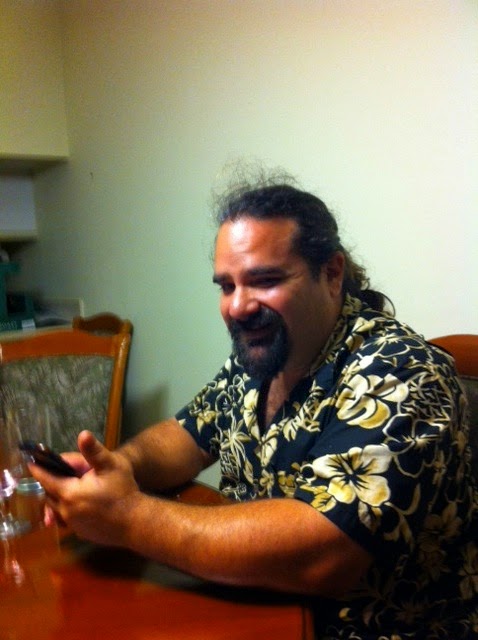 They've got a home near Hilo on an acre of land with a bunch of tropical fruit trees. 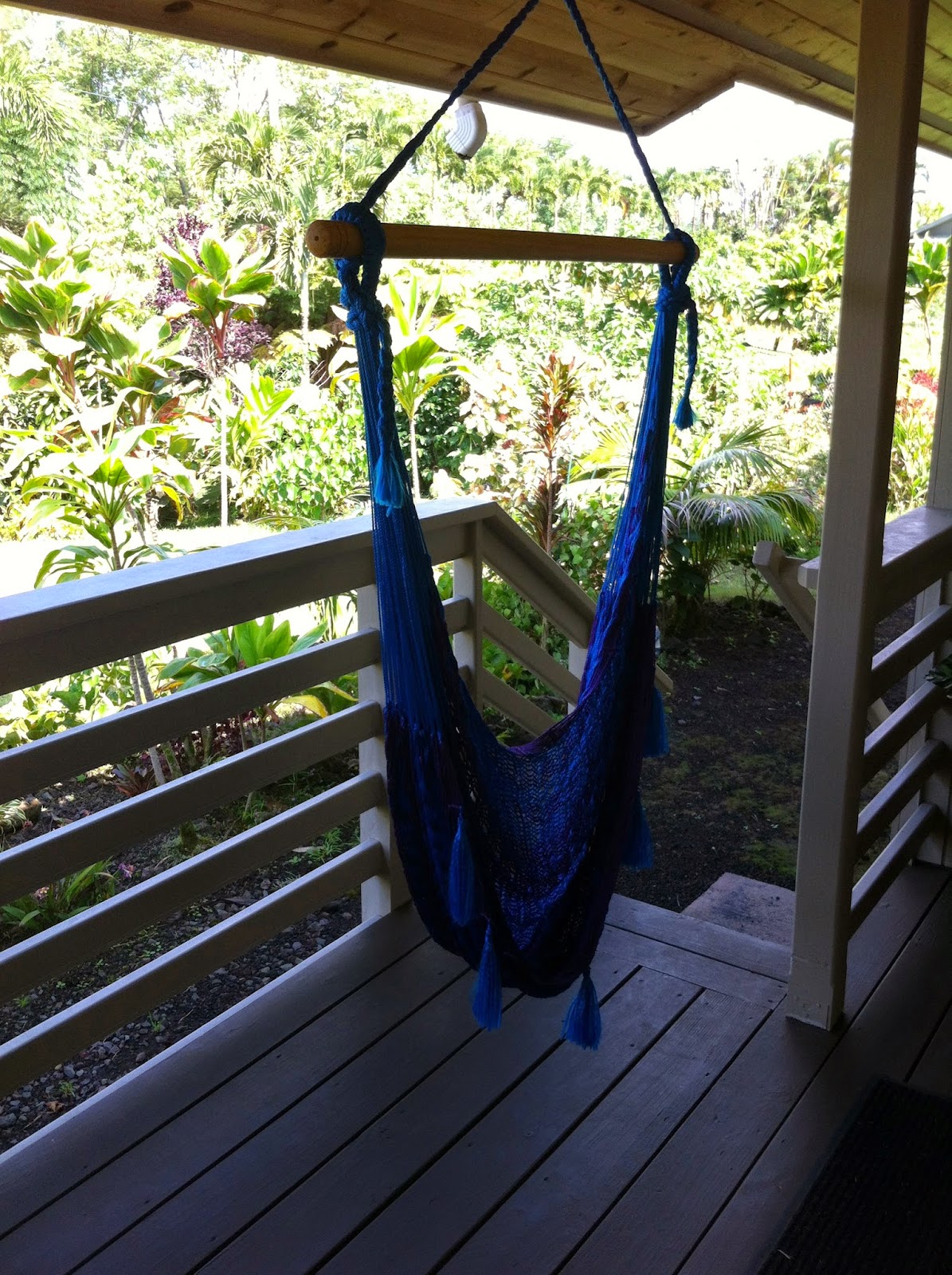 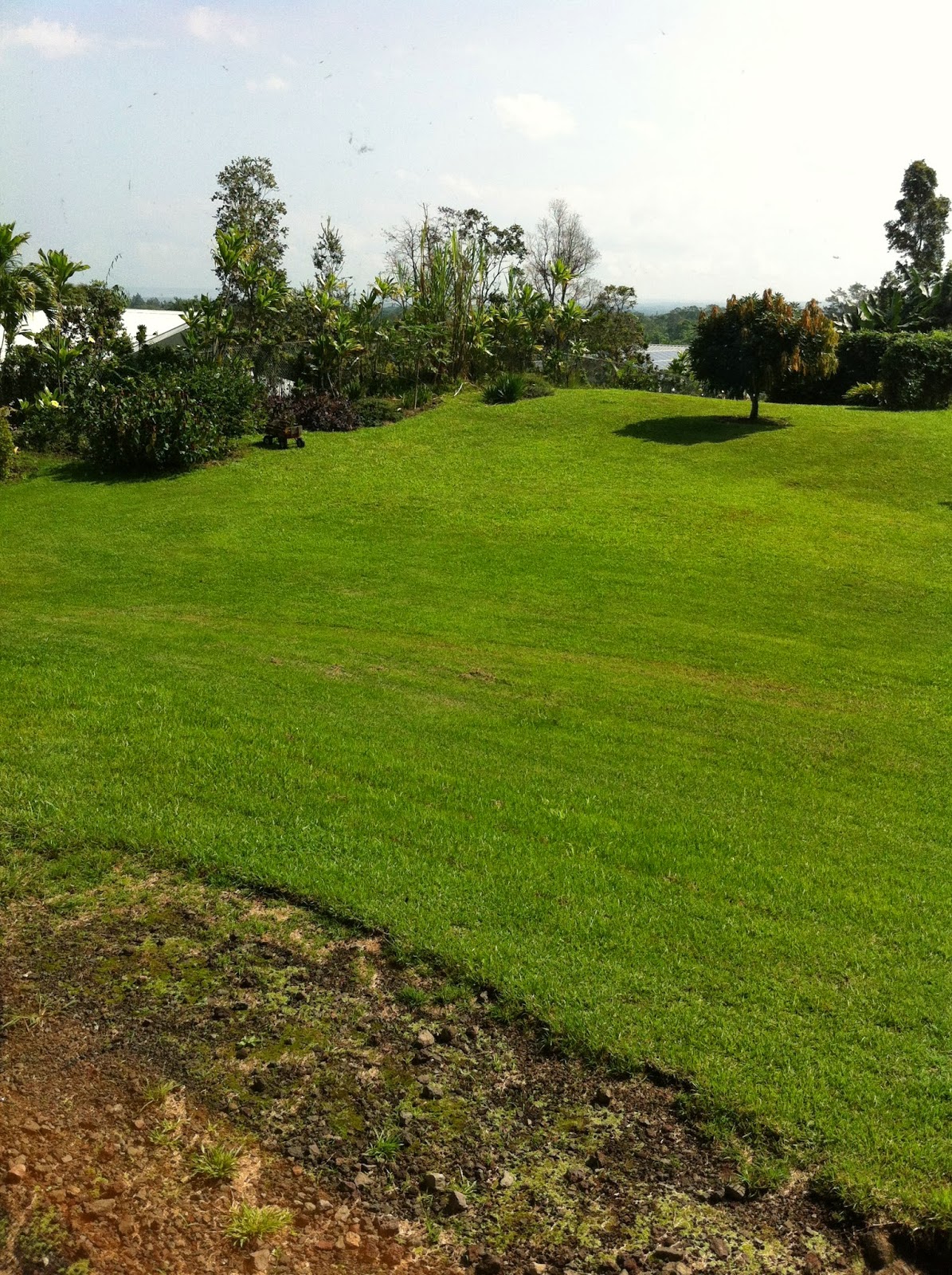 We wanted to see the current lava flow near Pahoa, which is about ten miles from where Danielle and Phil live. On Friday night we went to dinner in Pahoa; on the way we drove on Pahoa Village Road toward the flow until we were stopped by a "Road Closed" sign, a policeman and two National Guardsmen. They were friendly but firm. Close to the road is private land; further away is state land. The edge of the flow is about 400 feet away. Letting people near would be dangerous. It was almost like a make-believe scenario except the whole area smelled like sulphur, our eyes were burning and our throats were scratchy. 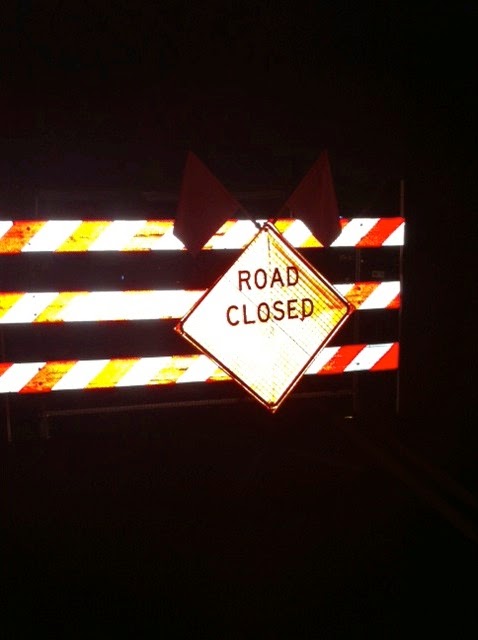 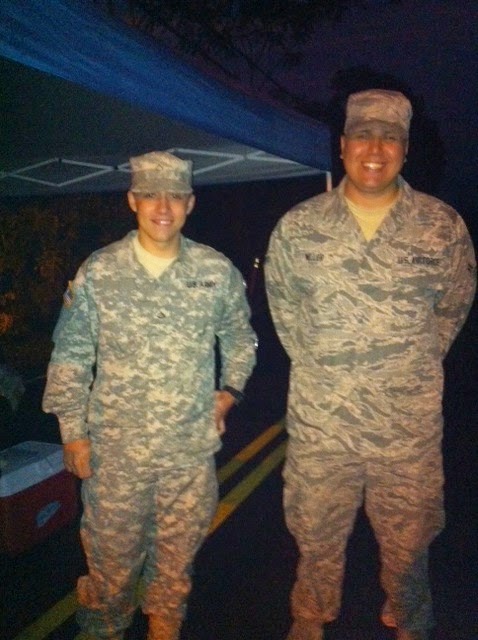 This week Art and I have decided to walk on a couple of beaches. Three outstanding ones are six miles downslope from us, on the Kohala Coast. We'll try out 'Anaeho'omalu Bay (where we scattered my mother's ashes from a glass-bottomed boat six years ago), Mauna Kea, and Hapuna (where we've walked several times before). These beaches are fit for postcards.
Posted by Linda Myers at 11:56 PM

It sounds weird to think of you being in such humid conditions, while we are in bone-dry cold. It won't last much longer, but my skin feels like I'm back in Colorado! Glad you're having such a good time. :-)

You are making me a wee bit jealous!

It sounds like you're having a wonderful time, Linda. I look forward to photos of those beaches.

Humidity doesn't sound so bad when it is 27 outside. Enjoy paradise and stay away from those lava flows. They look scary to me.

How wonderful. Enjoy your time.

We walked out on a lava flow in 1990. Once I could se the lava drop into the ocean under our feet I thought, "This was really a stupid idea!" It was beautiful and unforgettable and I would never do it again!

You are always so busy, I'm surprised you can so down so well and just "resort". Glad you are having a good time.

Today I stood in a hot shower for 20 minutes to let the bathroom steam up and sniffed peppermint soap to clear my sinuses. No pics to show. Last night I looked up and saw the stars and thought, they look cold, so cold.

You had to at least try to see the lava flow, right? Now you have your story..."We were there in 2014 when...." Enjoy your relaxing time there!

I was wondering if you would make an attempt to see the lava flow while on the Big island. I guess I am not surprised you couldn't get close, but it would be something to see.