The Bag Lady is traveling again

Where to this time?

To Iceland and England? No, that's in June with my granddaughter Cory.

To Iceland - again - and Greenland? No, that's in August with my friend Terra.

To Denver, to Tyler and Jake's wedding? Nope, September.

To New York City? No, that's in October with my friend Ellen.

Our next trip - on May 15 - is to Seattle. To our house, where we lived for 25 years - full time until eight years ago, and now for just six months of the year.

We're going home. Leaving our little place in Tucson, where we spend the other six months.

Going home. Well, that's not entirely true, because Tucson is now home as well. It's where Art rehearses all winter for a spring play. Where I play handbells and go to discussion groups on current events and foreign affairs. Where we chat with friends and neighbors at the post office and play dominoes with our neighbors. Where we ride our bicycles. And this year, where we volunteer in town at a shelter for asylum seekers.

Home in Seattle is where I mediate in small claims court, meet friends for coffee. Where we plant and maintain a fruit and vegetable garden. Visit with our kids from time to time.

For me, more and more, home is Tucson. For Art, home is still Seattle, where he has lived nearly all his life.

So I have my going-home list of things to do. Stop the paper in Tucson and start up the one in Seattle. Forward the Tucson mail and unforward the Seattle mail. Stop the cable/internet in Tucson and start it up in Seattle. Change the address with Netflix, Amazon, our medical insurance companies, and the magazines. Make arrangements for summer care in Tucson, make an appointment to have our Tucson car battery disconnected for the summer, find a ride to the airport in Tucson and from the airport in Seattle. figure out what to take to Seattle that I'll need when I travel to Greenland (jacket, gloves, hat). Say goodbye to good friends in Tucson. 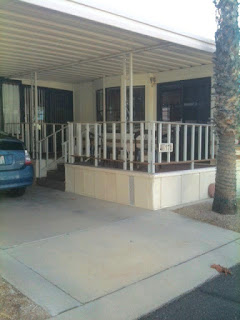 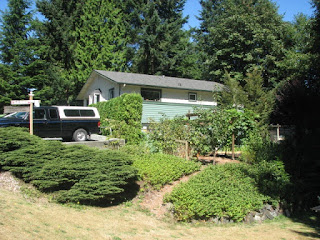 You have quite an impressive line up of travels ahead of you.Sounds like your Seattle home will be more of a jumping off place.

You live such an interesting and adventurous life.

I just made the FL to VT transition. It is getting harder. Used to be I thought I had the best of both worlds but now I wonder "where is home exactly?" It's harder psychologically. I really love my FL lifestyle but I also love my VT family and friends so I keep getting stuck over a decision. I know owning two places, however small each is, is getting untenable.

Sounds like you have some delightful times planned ahead. Enjoy your return to Seattle!