On safari: The first day in Kenya: Nairobi

We spent a full day in and around the city after our arrival in Nairobi.

Greater Nairobi has a population of about four million, but the vast majority live in the suburbs. Central Nairobi is mostly businesses. 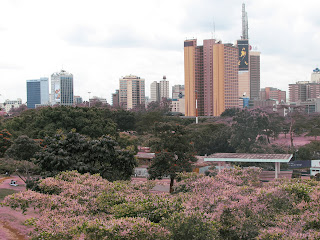 Here's what we saw on the first day.

The Nairobi National Museum. I'm usually not keen on museums, but this one held my interest. Our young guide, Djanice, was engaging and interesting. We actually had a conversation beyond what was in the museum displays - my first "local" contact other than George Gituku, owner of Sandrage Safaris, who planned our trip. 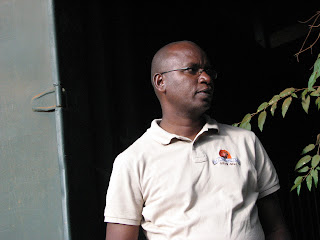 I gave DJanice the name I use on my Facebook page, so we might keep in touch. We have learned that some people in the safari industry started out as museum guides. I was impressed with DJanice and hope she has that good fortune.

The Karen Blixen Museum. The book and film "Out of Africa" portrays the life of Karen Blixen. The British influence on this estate was apparent as it was at the Karen Blixen Coffee Garden, where we had lunch.

The Giraffe Center is a sanctuary for the Rothschild giraffe - which is endangered - and rhinoceros. 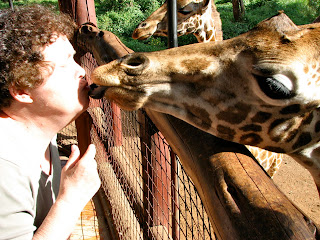 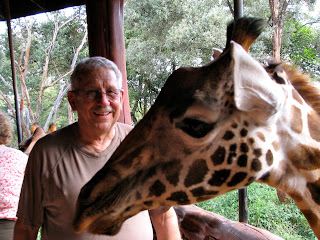 The David Sheldrick Wildlife Trust, an elephant orphanage. The sanctuary cares for these young animals until they can be released into the wild. Part of what we paid for this safari includes the "adoption" of an elephant. The babies have to be bottle fed every three hours for three years. Their human companions have bunks in the individual stalls. 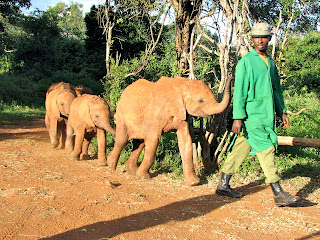 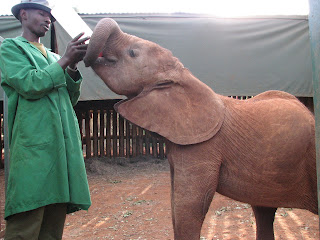 This rhino was born blind and lives at the shelter. 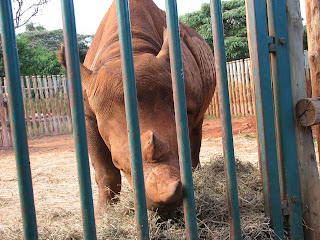 Another rhino has been released into the wild but returns to the shelter from time to time. It knows where its pen is. Staff leave the pen gate open for it. During our visit the rhino trotted into the shelter.

By the end of the day I could barely summon the energy to eat dinner before going to bed early. There's a ten-hour time difference between Seattle and Nairobi. It will take me a few days to get my body clock into sync with African time.

I truly am loving reading about all of your adventures. I would love to visit the Karen Blixen Museum and it must have been heaven to have lunch at the Karen Blixen Coffee Garden. Have you read her book? It is wonderful

Everything seems magical, especially the kiss by the giraffe.

Wow! That giraffe kiss is worth whatever you paid for the trip, Linda. I can relate to the jet lag, too. Hope you are now (as I write this) into some alternate reality as far as day and night are concerned. I look forward to more updates! :-)

Now that is up close to a giraffe. How sweet and gentle.
Love the baby elephants and it is nice that part of the money spent goes to their upkeep.
Also impressive that the blind rhino was not destroyed but allowed to live his life out in comfort.

It does sound like a full day. I hope you will have time to relax sometime on this trip!

What an amazing adventure to far. I'm enjoying your facebook posts.

What a grand adventure! Enjoy.

OWO!! who knew this is what I'd be finding here after not blogging for a while! What a fantastic adventure!!!

I've always liked stories about Africa. I love elephants! "Out of Africa" is one of my fav movies. The thing about the world being round is a bit of wisdom that people should probably keep always in the back of their mind.

Not sure how I feel about the giraffe kissing. My cat wants to kiss me but he has really bad breath.