Early the next morning we drove to where we'd seen the dead zebra. It had rained hard the night before and the road was quite muddy. There was no sign of the baboons. But the lions had found the zebra carcass. They had killed the buffalo just a day before, and since they only hunt every two days or so, they probably weren't hungry. But the zebra was there for the taking. 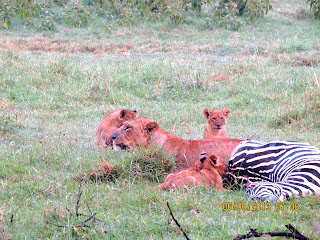 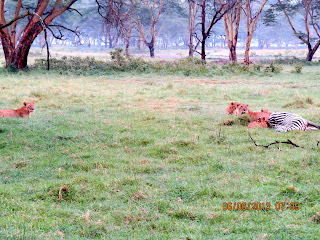 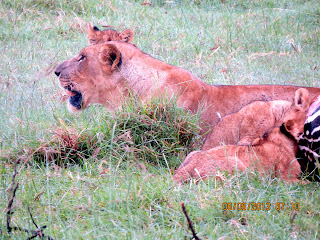 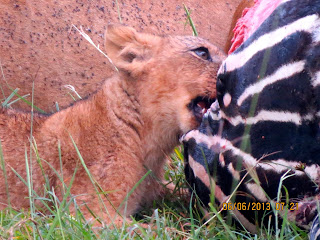 We heard the call of several birds. The lionesses looked up. Other animals were interested in the zebra as well. But the lions weren't that hungry. They would have to move the carcass to a safe place where the animal wouldn't be devoured by other carnivores. 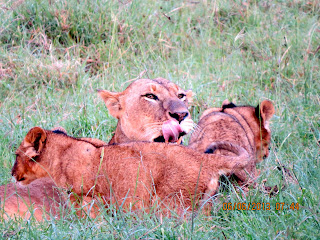 The zebra was heavy. 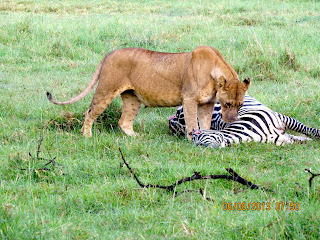 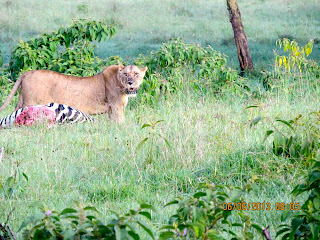 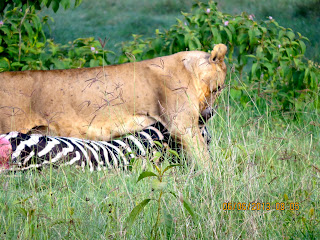 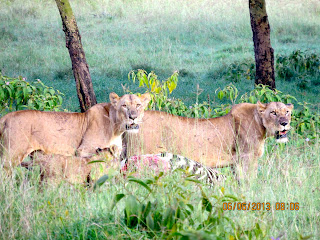 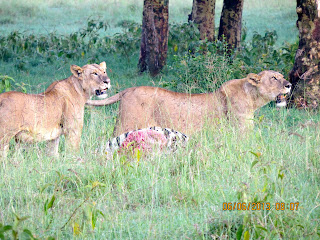 The lioness stopped to catch her breath about every ten feet. It took 15 minutes to drag the zebra carcass into the shelter of bushes. 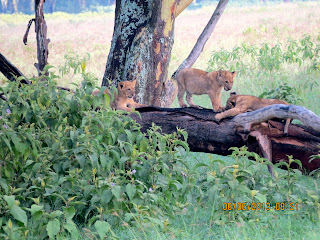 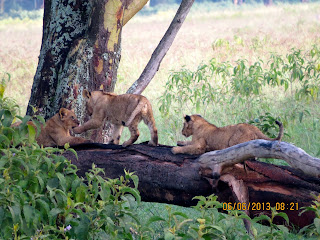 Those little lion cubs are cute, but their mama gives me shivers just to look at her. Think how strong she must be to move that carcass at all!

Simply amazing. I agree with all that DJan had to say.

I'm catching up with your latest posts. These are amazing photos. I see why you call this the trip of a lifetime.

I also agree with Djan. That is one scary mama.