On safari at Lake Naivasha: The boat ride and the airstrip

The drive from the Lake Nakuru area to the Masai Mara is about six hours on bumpy, unmaintained roads. Our outfitter, George, had arranged for a 45-minute flight for us rather than the long drive. We would meet up with Joseph, one of George's employees, at Lake Naivasha, take a boat ride, have lunch, and be driven to the airstrip. After dropping us off, Peter would make the drive and meet us at the airstrip serving the Kichwa Tembo camp at the Masai Mara game reserve. 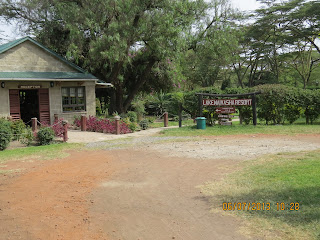 We trekked across a wide green lawn to the boat, accompanied by our boat guide with life preservers in hand. The scene reminded me of a swamp tour we took in Louisiana a couple of years ago. 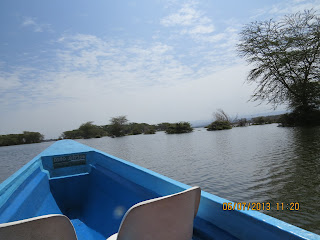 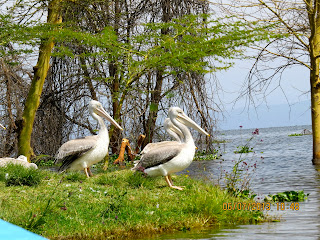 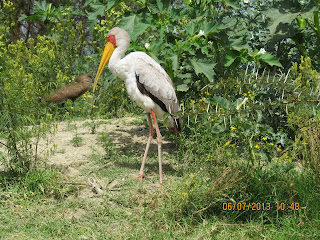 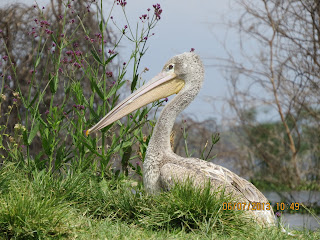 Art says this is a "flurry of pelicans." He may still have jet lag! 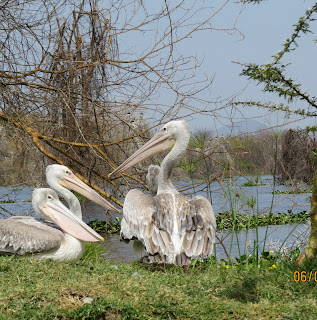 A tree loaded with cormorants and their nests. We first saw cormorants years ago in Costa Rica. They have no oil on their wings, so after they have been fishing underwater, they have to retreat to the branch of a tree and spread their wings to dry them out. 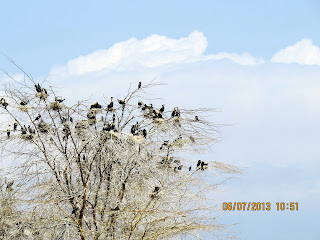 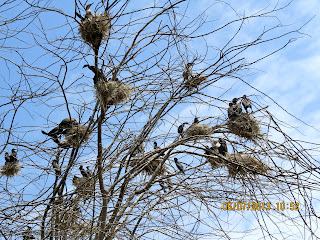 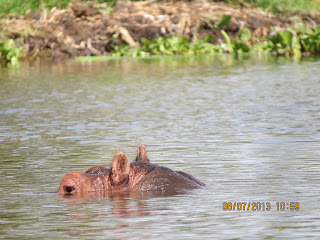 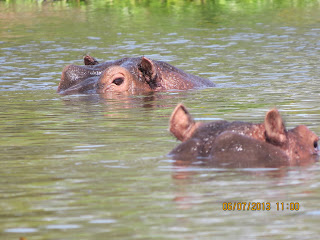 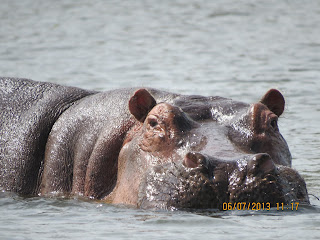 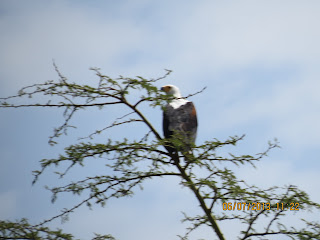 Cormorants close up. Note the one second from the left doing his wing-drying thing. 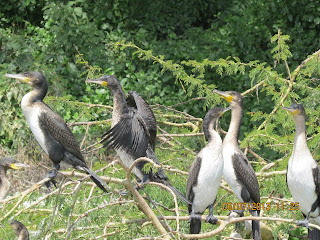 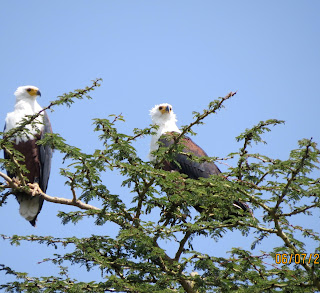 Hippo in disguise. He thinks he's invisible in the water hyacinths - or are those water lilies? 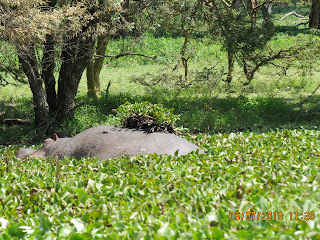 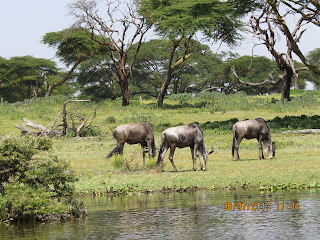 After our boat tour we had an elegant lunch nearby during which we lost our guide, Joseph. He had all our lunch money and had said, "I'll be on the other side." We assumed he meant the other side of the restaurant, but we couldn't find him. He turned up eventually and charged his phone at the restaurant reception area, then paid for our meal. These young people and their phones!

Our restaurant server told us it was only about a ten-minute drive to the Naivasha airstrip, but that must be African time, because it took 45 minutes to get there. Possibly the worst road yet, but who is comparing? When we arrived, one other vehicle was waiting with two passengers for the incoming plane. The fellow who managed the airstrip had arrived on his bicycle. He asked the driver of  the other vehicle to go to the other end of the airstrip and clear it of the zebras and the buffalo.

In the meantime, Art's body told him that the two cups of lettuce he'd eaten the night before were not acceptable to his body, so he dashed into the woods - no, into the tall grass near the airstrip. He did not take a picture of this event! 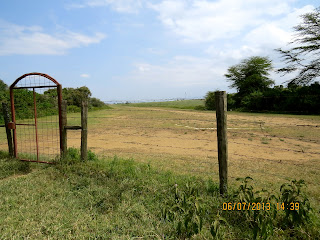 Vehicle returning from clearing airstrip of zebras and buffalo. 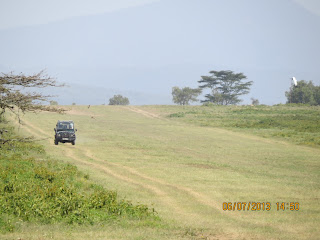 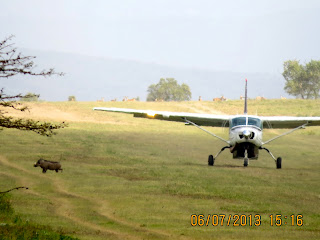 The plane was a 12-seater with about an eight-inch aisle between seats. The plane was full. The day was warm. Not my favorite flight. However, when we landed at the Kichwa Tembo airstrip, Peter was waiting for us with a smile and our vehicle.

Five hundred feet down the road, Art made another quick stop for the rest of the lettuce. He has now christened two African roads.

I miss lettuce too, but I'm waiting until we get home to enjoy it.
Posted by Linda Myers at 6:56 AM

Oh, the traveler's diarrhea problem. But what an adventure you had nevertheless!

Africans definitely do not have the same concept of time or distance that we Americans have. If they say, it's not far, just over there, expect it to be far, farther than just over there.

Your photos are amazing and the adventure fabulous!