On safari at Sweetwaters Tented Camp and the Ol Pejeta Conservancy

Sweetwaters Tented Camp, where we stayed for two nights, was larger and more commercial than Samburu Intrepids Club. We most liked a couple of things about it.


However, this facility had a more crowded dining room and noisier guests, a professional but not overly friendly staff.

Our room looked out on a savannah; yesterday when we came home from our morning game drive there was a giraffe just across the ditch looking our way.

Here's a sampling of the animals from our three game drives: 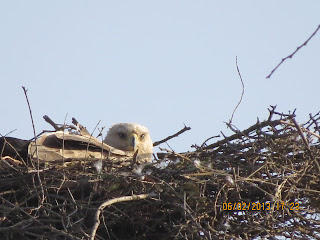 The male eagle sitting on a branch. 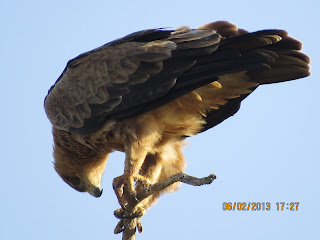 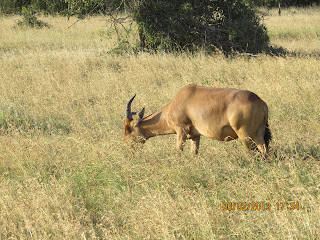 Grant's gazelle. You can tell because the white on its butt goes above its tail. 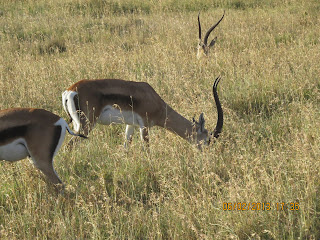 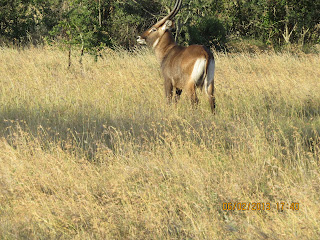 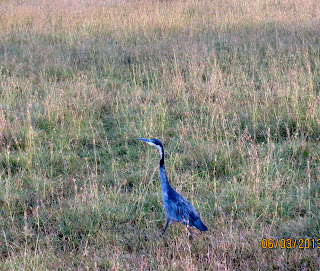 Black rhinoceros. It differs from the white in the shape of its head and mouth. This rhino is a browser; it has a pointed upper lip to help it get leaves from the bushes. Its babies follow behind. 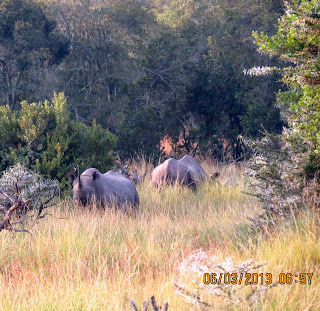 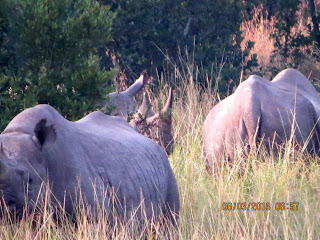 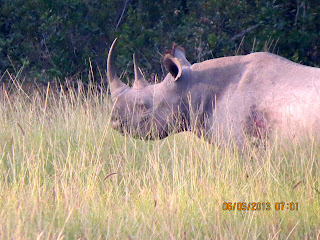 Here's a short video of a rhino family. 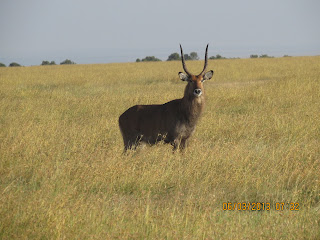 Some kind of spoonbill. 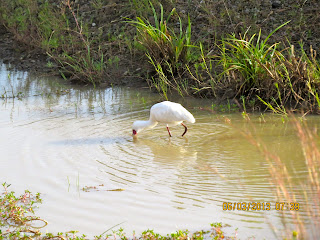 Jackal. These animals mate for life. 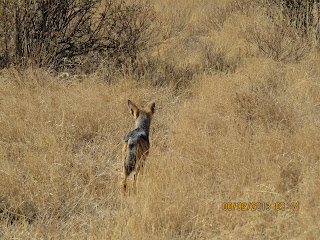 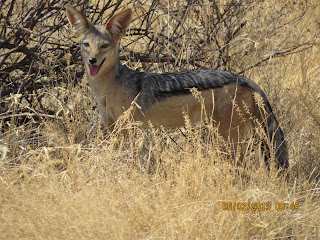 Common zebras. Their protection from predators is that each is uniquely striped, and when grown they are all the same height. So when they're herded up and running, the predator can't identify which animal it is chasing. 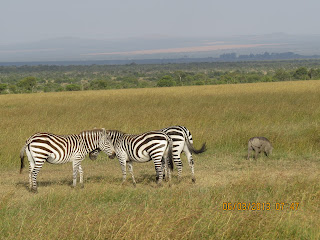 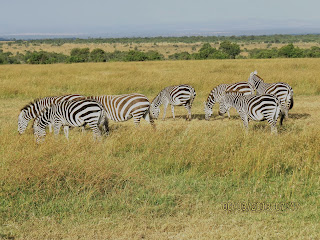 Gerenuk. This antelope browses on its hind legs. It gets moisture from the leaves rather than drinking water. 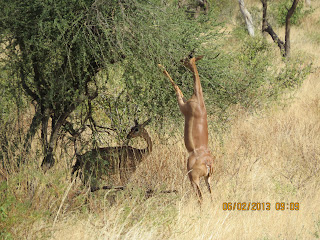 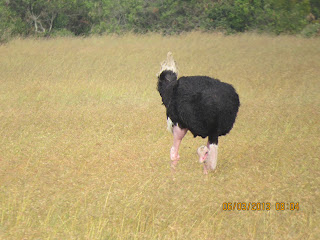 The female ostrich is ruffling her feathers; she's interested in mating. The male is not. 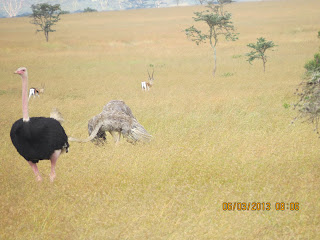 We came upon a group of 21 giraffes. 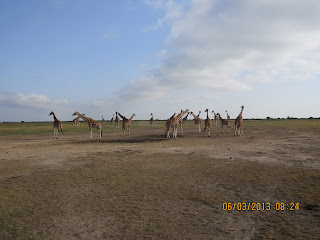 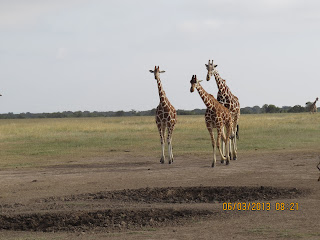 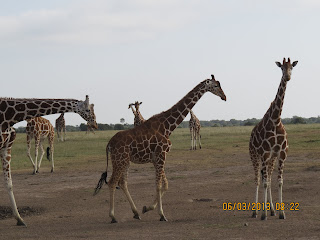 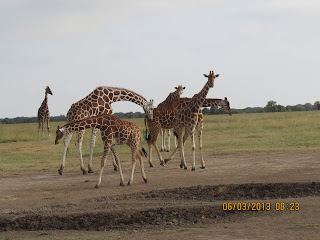 The male was interested in the female in heat. He followed her closely. This behavior continued for at least ten minutes. As the other 19 giraffes moved on, these two remained. After two unsuccessful mating attempts, we drove off to give them some privacy!

The Conservancy has a chimpanzee rescue sanctuary, where abused chimps from all over Africa live. It also maintains a blind rhino. Oddly, the second blind rhino we've seen on this trip. 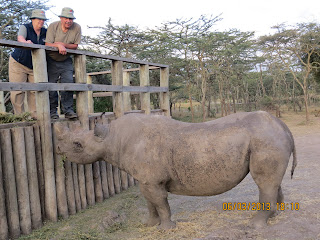 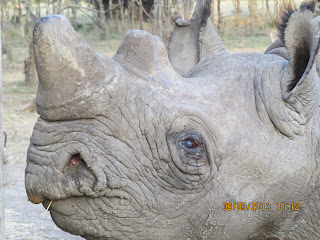 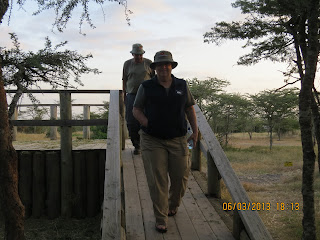 I'm jealous you got to see rhino. That is the only animal we missed when I was on safari in 2006. Great pictures!

Maybe a long day, but fascinating! All those unusual animals, up close and personal. This is wonderful, Linda, and all just what you hoped for. :-)

I'm fascinated. Loving my vicarious travels with you and you are the perfect people to do so with ... you see what others might miss... love that.

What a wonderful way to share the world with the rest of us!

Wondering what is causing those blind rhinos?
How wonderful to be so close to animals in their natural element.
Odd about the male ostrich rebuffing the female. I didn't think males of any species ever turned down an opportunity.

Wonderful pictures and videos. You truly are on a trip of a lifetime and so glad you are enjoying every minute of it!

Wow! Love all your shots, I enjoyed the rhinos most

What an amazing array of animals!

A long day, but a marvelous day!

Your review of the camp where you stayed is quite interesting. If one were to travel here, this would be very good information to have.

I love the giraffe photos!