On safari: The Unity Women's Village

Near the gate of the Samburu Game Reserve, the Unity Women's Village was established as a safe haven for women who have been abused, and for their children. Art and I had told Peter, our driver/guide, that we were interested in giving financial help somewhere in Kenya. We're particularly interested in assisting women or in providing an educational opportunity to children. Peter suggested we stop at this village. 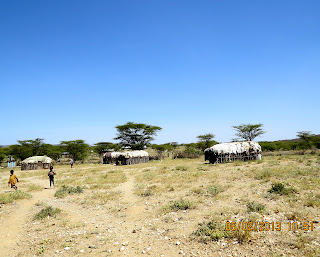 We were welcomed by Rose, who speaks English, and by a group of women who danced for us. 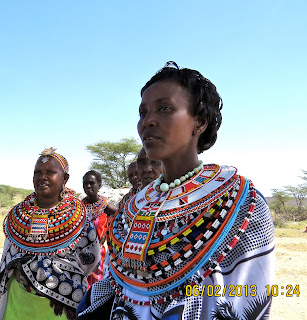 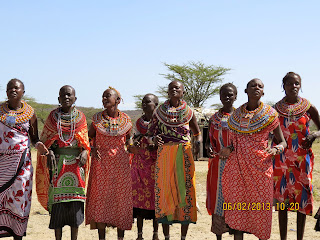 Women in this village support each other. No men are allowed. If a woman starts communicating with her husband again, she will be asked to leave. Samburu women have many responsibilities in their villages, including building the houses, so these women are self-sufficient in their village.

Village women speak in other villages about women's rights. For them, that means young girls cannot be forced to marry old men, and genital mutilation - female circumcision - should not be happening. Quite different from the kinds of issues considered "women's rights" in the United States.

We visited one of the women's houses. 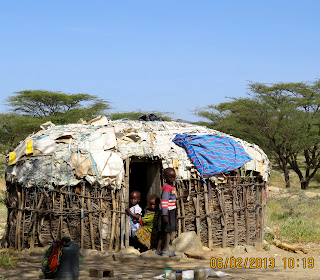 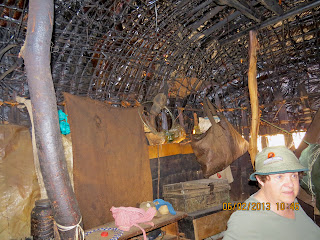 I commented that the woman of this house was tidy. Much tidier than I am in my house. The women laughed. 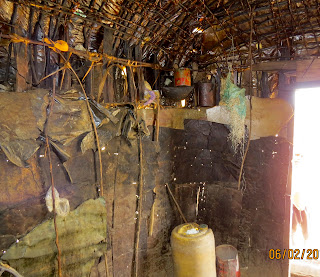 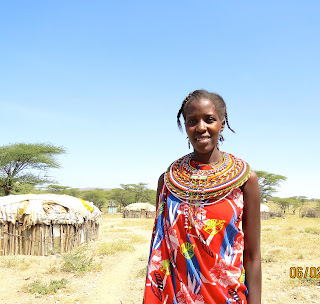 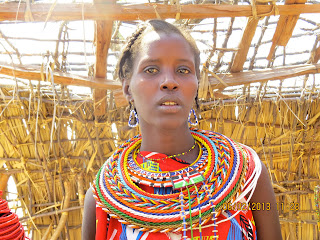 The village has a small market where the women display and sell their hand-worked items. Regardless of whose work is sold, the money is shared among all the women. We bargained for four pieces we liked as souvenirs. Their starting price was six thousand shillings ($70.51) and mine was four thousand ($47). We ended up at five thousand ($58.75). When the money had exchanged hands, Rose gave me three extra beaded bracelets. I'm not much of a shopper, but I figured these purchases were for a worthy cause. 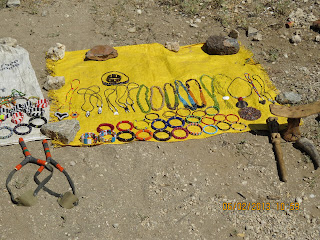 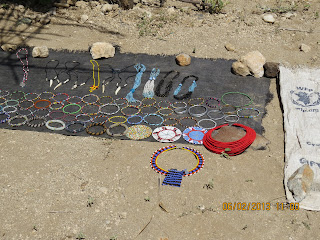 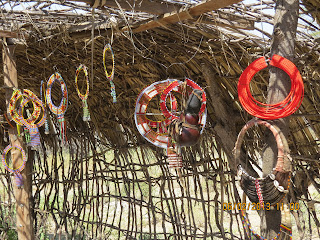 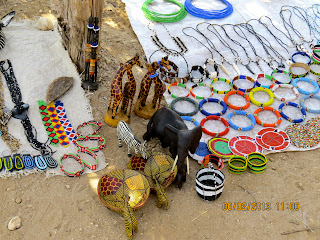 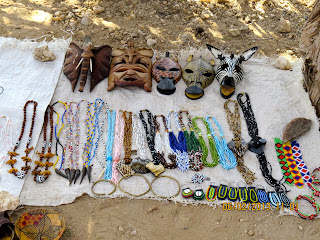 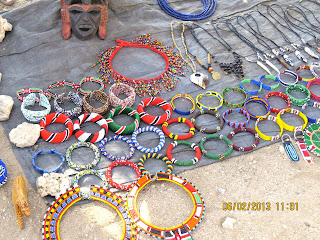 The women said goodbye with a dance.


One of the women's goals is to send their children to school. At present they have children in primary and secondary school and one of the boys is going to university.  Brent Bruyere, an assistant professor at Colorado State University, has set up the Samburu Youth Education Fund for donations for the education of promising students in the Samburu area, in this village and others. You can read about Bruyere's projects here. Art and I have decided to contribute to the education of Kenyan students through Bruyere's organization.
Posted by Linda Myers at 12:02 AM

Oh, Linda, this is a beautiful post. The women are gorgeous in the purest possible way. I would have had a terrible time deciding on purchases...
What an experience you are having... I'm so enjoying reading about it and seeing your photos.

This is a wonderful post about some very interesting women, Linda. I enjoyed meeting them and hearing how they live their lives. I think this is indeed a worthy cause! :-)

Thanks so much for the plug for Samburu Youth Education Fund! The women at Unity are some of the strongest and most optimistic individuals I've ever met. And their kids are as hard-working in school as their mothers are strong. I'm in Samburu right now as well. Sorry I missed meeting you!

I don't wear jewelry but those masks would be wonderful souvenirs. I'm so glad you support wonderful places like that!

What a wonderful facility for abused women. Good to know they have a safe place to go. What a worthy cause.
Their work is so bright and colorful. Just beautiful

These women are so beautiful, both inside and out. And I just love their bead work. I regret not buying more of it when I was in Kenya in May. I couldn't beat the price.

This is a very interesting post. I admire what these women are doing.

You are so good at connecting with people in places where you travel, and generous in helping others. This so enriches your experience.

You are having a wonderful experience!!

Education is vital and since women do moist of the productive work in African society, supporting their efforts benefits many more people. Such a worthwhile contribution to make.