Breakfast in Poland, lunch in Slovakia, dinner in Hungary - on the road again

I love the long driving days on this trip. We get to rest our feet, nap when we feel like it, listen to our guide Katka, and reflect on all we've seen.

We take a lot of backroads, so we get to see villages, ski resorts, and wide expanses of beautiful terrain uninterrupted by billboards, traffic or even other roads. There is an advantage to passing through countries whose tourist industries have not yet been fully developed. 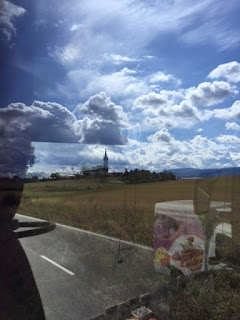 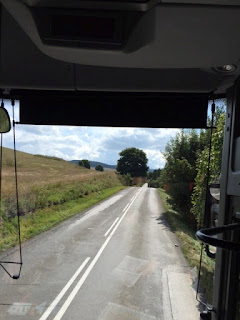 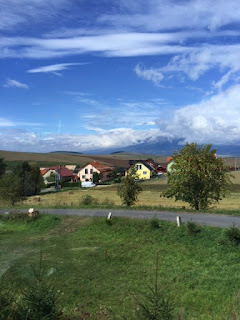 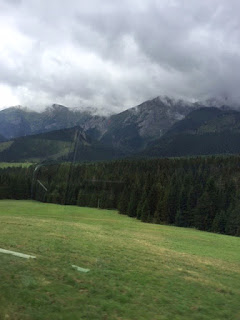 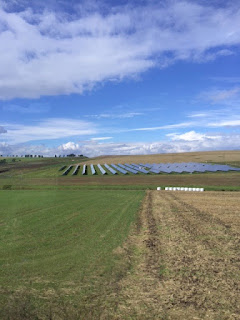 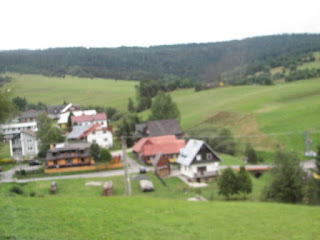 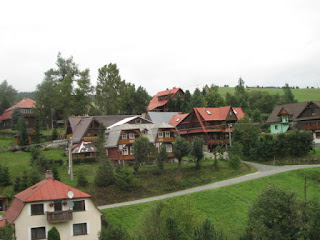 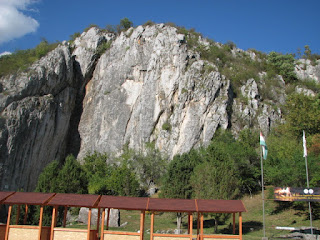 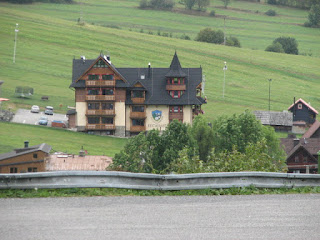 Here's some of what we learned from Katka, who was born in 1975 in Prague, during the time of Communism.
Last night our group feasted on a typical Hungarian dinner: goulash (soup), pasta and beef (like stroganoff), stuffed cabbage, pickled cucumber slices, peppers, goose liver with mashed potatoes and cranberry sauce (the goose liver also called foie gras, was much better than what we had in Paris some years ago, where it was quite salty), and crepes and apple strudel for dessert. 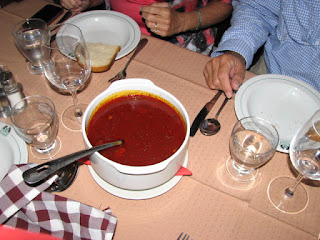 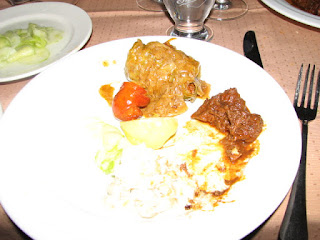 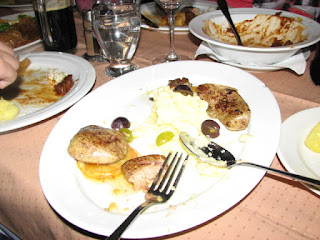 Here in Eastern Europe, we are eating like royalty.
Posted by Linda Myers at 1:09 PM

Very interesting to learn what it was like under Communism. It's rather amazing when you think of how much change she has seen in her lifetime. I love that dinner! Now I'm getting hungry, just thinking about it. :-)

I've really enjoyed reading the stories from your trip and seeing the pictures. Sounds like you are having a good time. Safe travels.