Special moments on the road in Hungary

We'd spent the night in Eger, Hungary, because the tour included visits to a school and a winery before we arrived in Budapest.

Jambor Vilmos Altaldnos Iskola is a typical village school serving grades 1 to about 9. Having us visit the school benefits the kids as well as the travelers. The children learn English and having visitors allows them to practice. 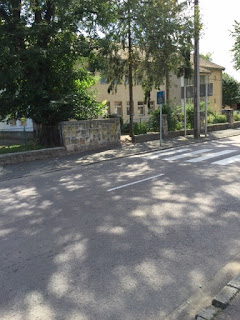 We spent a brief time in the classroom with middle-school children. 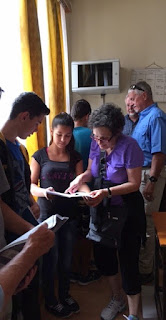 This particular school has about a 62-percent Gypsy enrollment. The ethnic group originally migrated from northern India to central and eastern Europe. They are identifiable by their very dark hair and eyes and dark skin in comparison to the more fair Slavic population.

A 2012 article in The Guardian says "Gypsies, often referred to as Roma, are found across all of Europe and make up the continent's largest ethnic minority. There are about 11 million Gypsies in Europe. Centuries of discrimination, including systematic extermination by some 20th-century regimes, have helped keep many of them marginalized.

I met these girls at lunch. They reminded me of my granddaughters. 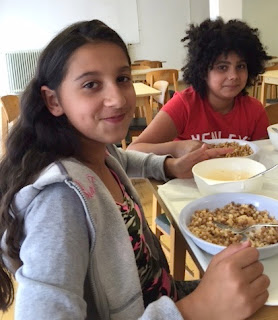 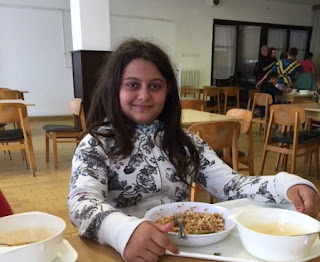 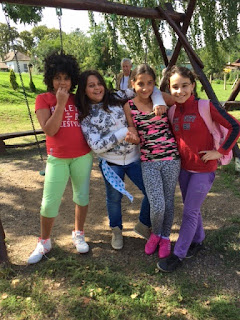 On the playground afterwards, one of our travel companions, Dave, did a few magic tricks for a delighted group of both children and adults. 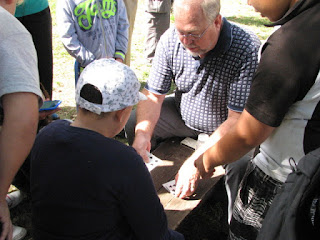 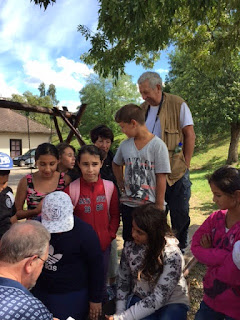 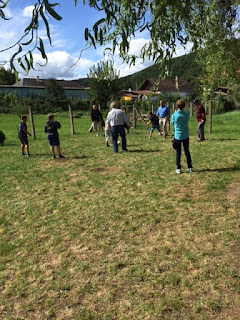 So far, the 90 minutes we spent at this village school is my "wow moment" of the trip.

Art and I napped while the rest of the group spent an hour at the winery nearby. There was a lot of giggling on the bus between the winery and Budapest!

I am enjoying your trip. I have a friend who grew up in Hungry during WWII and escaped during the revolution with a Russian bullet in his hip, oh the story he has to tell.

Oh, how wonderful! I love the fun you had with the youngsters. What a fantastic day. :-)

Leave it to you to find the most pleasure in meaningful interaction with the local people, especially children. That is so "you".

What a great way to get up close and personal. I am so enjoying your trip from the back seat.