On the road to Pustevny - a history lesson

Our group traveled by bus today from Prague (largest city in the Czech Republic) to Pustevny (tiny place on the top of a mountain). It was 92 degrees yesterday in Prague. Today it is 52 and foggy in Pustevny. I love it! Most of the drive was through country that looks a lot like where we live, in the Pacific Northwest. 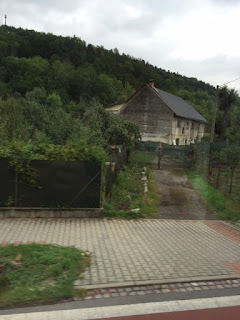 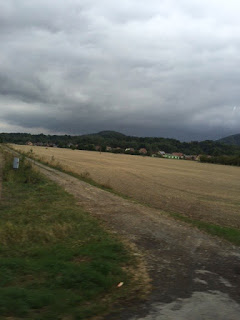 During the time of communism in Czechoslovakia there was a baby boom. To accommodate the growing population apartments were built. They were gray. Once communism was no longer the system, many of the buildings were painted. 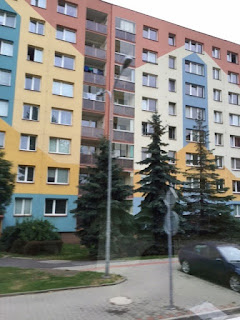 During our drive, Katarina talked about the history of this area. It's over a thousand years of conquerors, brief periods of independence, then more invasions. The Nazis took over before World War II, and after the war Communism was put in place. It finally ended in 1989 with the Velvet Revolution. Katarina's parents are about my age; they were involved in the protests of the 1960s that culminated in the invasion of Czechoslovakia by the Warsaw nations in 1968. I remember the events since the 60s only vaguely. You know, the "behind the Iron Curtain" stuff.

Some of our group took a walk from our hotel. These are Art's shots: 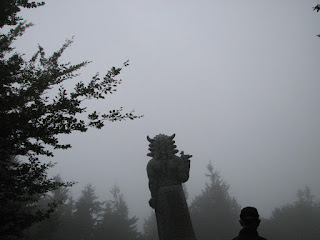 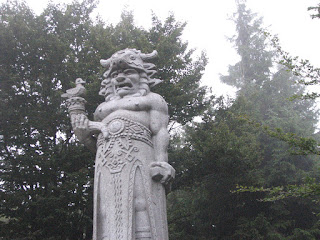 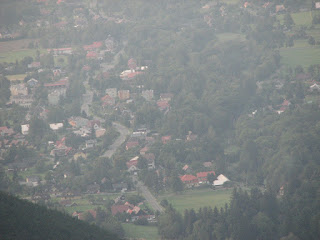 During dinner we were entertained by a troupe of Czech musicians and dancers. 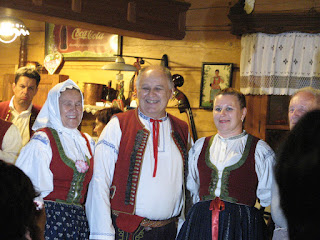 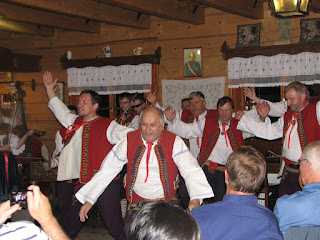 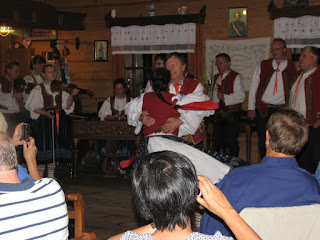 And here's our room for the night. Mind your head, Art! 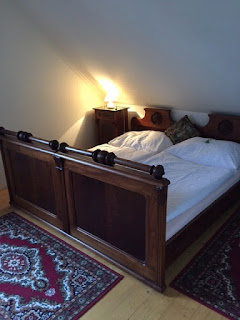 It's wonderful to have a guide who is filling in so much background for you as you see the sights.

This is an educational trip -- right up your alley, I am sure.

Interesting. I hope you didn't bump your head!